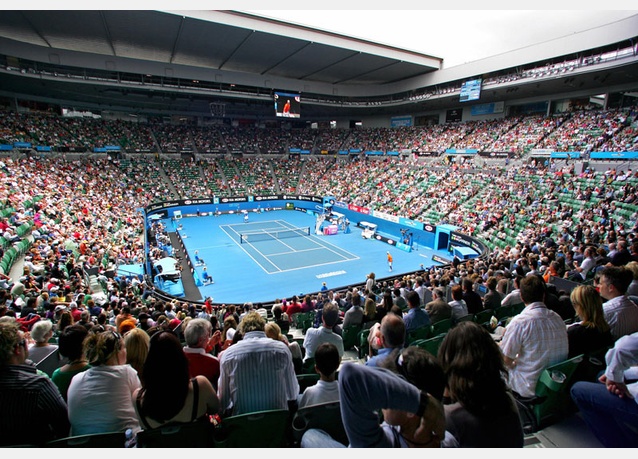 By remaining silent on women’s slam tennis — where the women get equal pay (prize money) for unequal work — feminists expose dishonesty about the gender wage gap.

Being silent on tennis prize money also puts feminists at odds with their view that women are as capable of handling combat as men are.

By Jerry A. Boggs

Ideological feminists say they believe in the idea of the sexes receiving equal pay for equal work. If they truly believed this, they would, it seems to me, at least make a show of arguing that in major tennis tournaments, the female players should do one of two things:

Instead of arguing for female tennis players to do either of these two things, feminists say nothing about this gender inequality except to insist that female 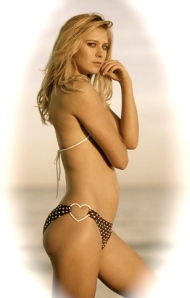 I haven’t tested out tennis players’ entertainment value among my friends, but most of them, judging by their viewing habits and conversations, think the male players’ entertainment value is at least as good as the female players’. They may generally prefer men’s tennis over women’s, as most people seem to do regarding many other “primary” sports such as basketball, football, and baseball. I suspect some of the female tennis players’ entertainment value is derived from the beauty/glamor power possessed by such players as the attractive Maria Sharapova and Anna Kournikova. (Attractive women’s beauty power means that while most people may prefer to watch males in sports contests, they prefer to watch females in beauty contests.)

Many people who don’t watch much tennis may think women’s tennis is more exciting — and hence has more entertainment value — perhaps because their performance expectations of female players is lower. When these people observe female players slamming the wall over the net hard and furious with wing-on-the-fly accuracy, they are perhaps surprised and excited — they experience the “wow” factor — perhaps because they hadn’t expected this level of expertise. Today’s top female contenders, if they could journey back to the early ’80s, would trounce most if not all of the top male players, who hit the ball with only three-quarters of the force used by the women today.)

“Making the Women’s Game Exciting Again.” -on the cover of Tennis magazine, May 2010

“…[T]he women, who play three-set matches to the men’s best-of-five encounters, make more money per game than the men, and at last year’s tournament the top 10 women earned 4 per cent more prize money than the top 10 men, as they felt more able to play in the doubles and mixed doubles events, as well.” -Tim Phillips, the chairman of the All England Club, according to Australia’s The Age. [Emphasis by Male Matters] He should have known better than to take on “the ladies,” who have behind them the full force of feminists, the media, and just about everyone else. He should know that it’s not a matter of equality or what’s fair, but of what feminists believe they will get for women if they complain.

“We know what happened to Nalbandian [after his 5-setter]. He was toast.” -Darren Cahill, TV commentator at the 2011 Australian Open

“Wawrinka is no slouch; he owns three major titles, including one from Roland Garros, and had never lost a Grand Slam final. But a five-set semifinal win Friday over No. 1-ranked Andy Murray must have taken something out of the 32-year-old from Switzerland, the oldest French Open finalist since 1973. His shots didn’t have their usual verve, his legs their usual spring.” –CBS Sports on the 2017 French Open

By remaining mostly silent on the tennis-pay issue, feminists are also at odds with their belief that, according to Salon.com, women are as capable of handling combat as men are. (Many women are indeed as capable. For the record, I believe the military should present a single standard for physical fitness tests, and send all who cut it to the combat front. If only one woman for every 20 men meets the physical qualifications, so be it; send her. The men will respect her instead of resenting her for being in the military as a member of a privileged class allowed in under a lowered standard and allowed to compete with the men on equal terms for higher rank while avoiding equal risk.)

If feminists believe women can cope as well as men with the incredible rigor demanded of them in combat fighting, then they are forced to believe female tennis players can handle the far less rigor of tennis on a par with the male players, and that the women can play the best of five sets, just like the men. By failing to argue this position in the media as they do all their other equality issues, they open themselves up to yet another charge of stacking the deck for women, of wanting women to have their cake and eat it too, of creating gender double standards, of deliberately alienating the sexes…. 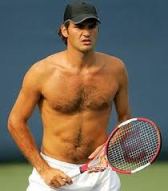 Who has more muscle mass? Roger Federer or…

But then again, ideological feminists can be as deaf, unyielding, and sexist as the men they have long blamed for obstructing progress for women. They seem unwilling even to hear such charges of unfairness, let alone respond to them.

Yet suppose the genders were reversed in the tennis pay issue. Suppose the male players received the same prize money for playing fewer sets than the women (imagine that!), and hence had enough energy left to play doubles and mixed doubles and earn even more prize money, as some of the women do now (as Venus Williams and Serena Williams, for example, do in the slams). Feminists undoubtedly would regain their hearing in a millisecond and fire off their protests until the females either received more money or played fewer sets.

See — it’s easy, when you think about it, to flush out ideological feminists’ true mission: never mind equality; just demand what’s best for women. In tennis majors, demand that women get paid the same as the men for doing only 66 percent of the work.

“Novak Djokovic is right! Male tennis players do deserve to be paid more than female stars“

“Why don’t grand slams introduce best of five sets matches for women too?“

“Should ‘men are stronger’ bar women from combat roles?”